Orthodontist and founder of the Eltz Institute for Orthodontics

She is the founder and namesake of this Institute for Orthodontics and is a member of the Austrian Board of Orthodontists. Dr. Eltz is the author of several orthodontic publications and treatment guidelines. Dr. Eltz is a clinical speaker for Invisalign and has taught at the New York University and the Berlin Charité, among others.

Dr. Maija Eltz has been a specialist in dentistry, oral and maxillofacial medicine since 1984. Since 1995 she has focused on orthodontics and was Invisalign® certified in 2001. From 2001 to 2005 she taught as a senior physician at the orthodontic training institute Dr. Wilhelm Brenner of the Vienna Medical Association and at the University of New York.

She is the founder of the institute and one of the most experienced orthodontists in Austria. Find out more about her.

Together with the head of orthodontics at New York University, Prof. Dr. Kuftinec, she developed the mechanics guide for treatment with interactive, self-ligating brackets using the so-called New York technique. Between 2003 and 2007, Dr. Maija Eltz gave courses in Austria, Germany and the USA at specialist congresses on this method. Dr. Eltz became a member of the Austrian Board of Orthodontists in 2004.

In 2007, Dr. Eltz received the two-year postgraduate orthodontic training from the Roth Williams International Society of Orthodontics and is a member of the same society. In 2006 she founded the Eltz Institute, which specializes exclusively in the treatment of misaligned teeth and jaws. The aim of the center was defined to be able to treat patients with the most efficient and invisible, modern methods possible.

Dr. Maija Eltz achieved Invisalign® Diamond status in 2012 due to her high number of cases and was appointed Clinical Speaker, i.e. she trains and certifies other doctors.

In 2016, Dr. Maija Eltz was promoted to the Invisalign® Advantage Elite Club, the highest award that can be achieved in the field of `invisible aligners`.

In addition to her training in periodontal surgery and implantology in the USA, she worked at the Maxillo-Facial Department of the Vienna Polyclinic. She was mainly dedicated to the treatment of interdisciplinary cases, i.e. of patients whose treatment requires an interplay of orthodontics, maxillofacial surgery, periodontics and prosthetics.

Why braces at the Eltz Institute?

We have over 30 years of experience and have successfully treated over 10.000 patients.

From small gaps to larger issues – we effortlessly treat all misalignments

Due to our lengthy experience orthodontic treatments with Eltz only take 12,7 months on average.

Via our modern technology you can see your expected results even before beginning treatment.

At Eltz you will exclusively be treated by specialist orthodontists.

Our institute is specialized on the treatment with Invisalign®.

The costs of your braces can be paid in affordable and interest-free installments.

We will treat you until you are satisfied with your results. 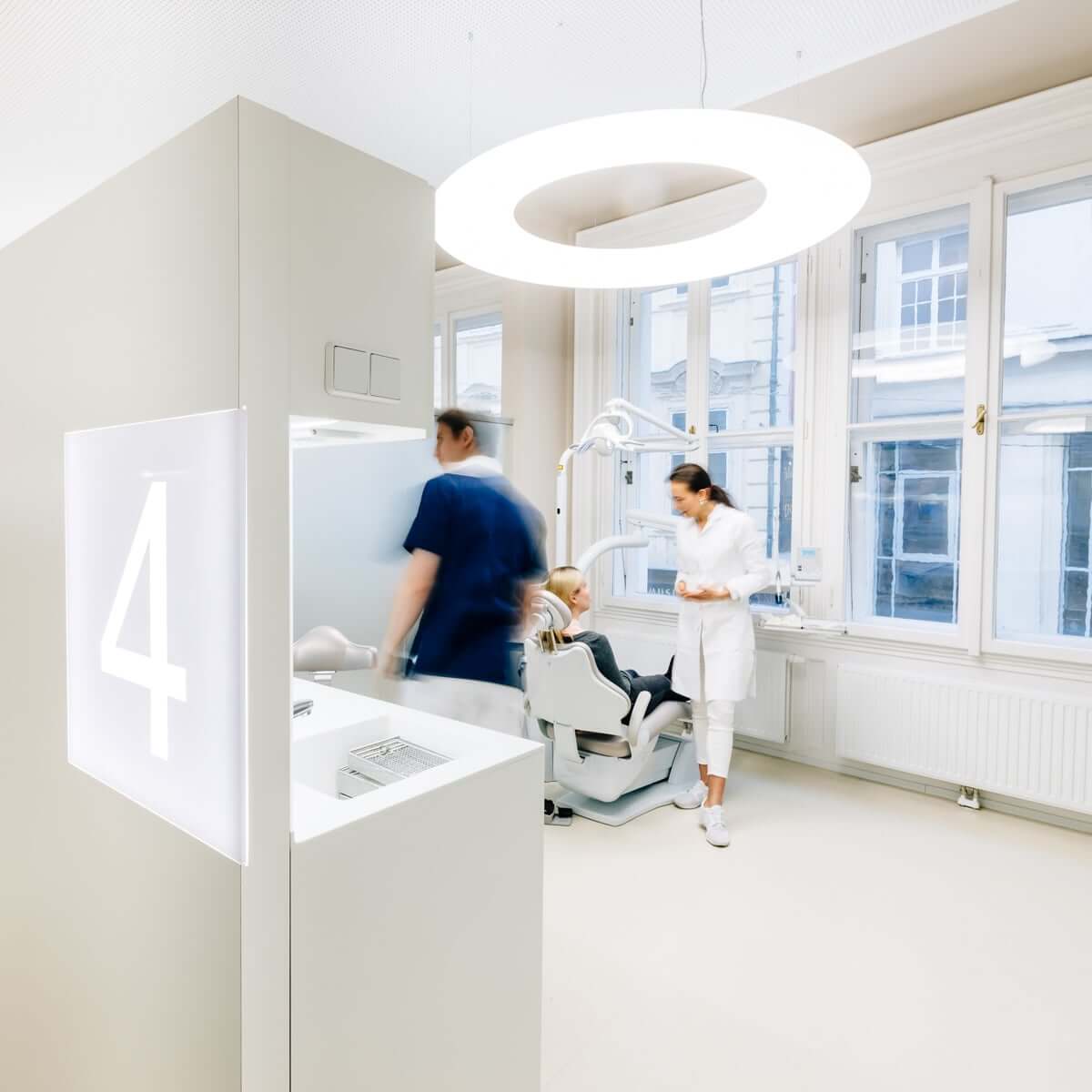